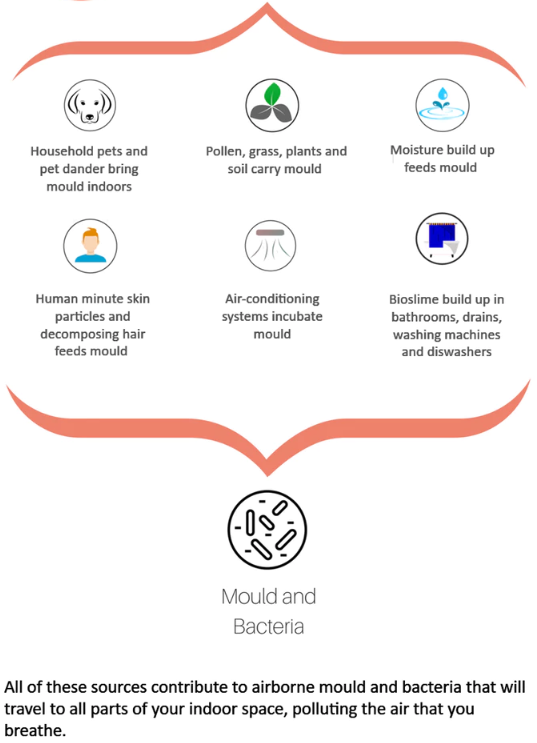 Mould a natural part of your world

Mould is a natural part of the world we live in. Mould fulfils its own part in the food chain and without mould the ecosystem would crumble.

However,  like everything you need balance. Too much mould can cause serious problems.

All mould on the planet can be considered dangerous when you talk about concentration levels. The human body can handle a certain amount of mould before it is overwhelmed and begins to break. The major problem is that the human body can handle different amounts of each mould. This is why we talk about mould being dangerous in terms of concentration.

Black mould is considered and widely known as the most dangerous mould because black mould starts to damage the human body even at low levels of concentration.

Most people though do not get sick from Black mould, typically the moulds that are affecting them are the standard environmental mould. Moulds that you find in the dirt, plants, water and the wind.

These types of moulds often go undetected for a long period of time. They tend to blend into your home and if you are not actively looking for them, 90% of the time, you will not see them till they become a serious problem.

So what is the solution?

Prevention is the solution. What is required is to have a system in place that can prevent the mould from growing.

Having systems of prevention in place will not only be cost effective but it will significantly reduce any time required to maintain the environment from mould.

0 Comments for “Mould is a natural organism”