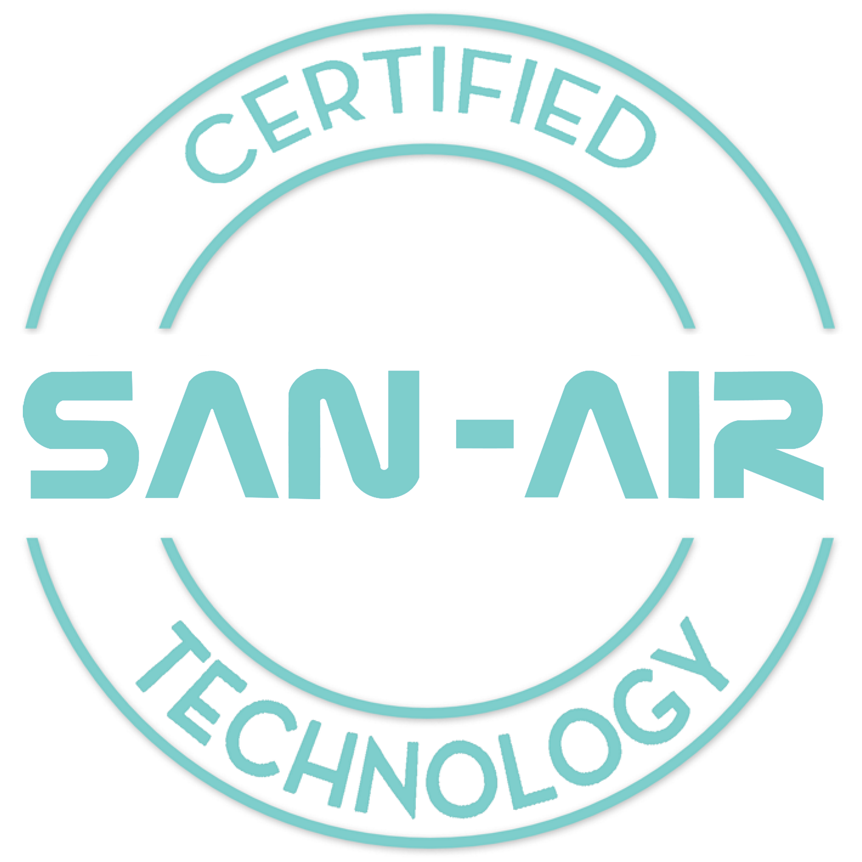 SAN-AIR was developed out of a need for natural air purification to maximise indoor health, efficiently and effectively detecting and cleansing mould and bacteria. Established by Daniel Massaioli more than eight years ago, we are now a mould expert company with an effective product range.

Daniel says ‘the air you breathe is just as important as the blood in your veins’ and that underpins the SAN-AIR mission.

The air within your home, office or venue needs be clean of bacteria and moulds that can potentially affect your health and wellbeing.

SAN-AIR has conducted years of research and provided for a diverse range of clientele, further developing our expertise along the way. Daniel has worked within the pharmaceutical industry as well as cosmetics, agricultural, food and beverage, battery, aerosol and other industries and winning the war against mould is his aim. His family history led to the creation of SAN-AIR when his young boys were suffering from asthma and tests found that the boys had reactions to mould and pollen. After careful research, he found that there was very little knowledge was out there to combat the mould issue and SAN-AIR was born. Armed with a Bachelor of Science in Pure and Applied Chemistry, determining a resolution was viable and the products Daniel created products that are safe, natural and sustainable.

SAN-AIR products are comprised of one hundred percent Australian essential oils, so we offer a unique and safe, natural solution to your mould issue. Our mould testing kit is second-to-none.   Utilising a mould testing kit is essential to detect even the slightest amount of mould in your space and our safe, natural methods and products help you clean and maintain that area with ease. You can sleep easier knowing that your home is safe from any airborne disease caused by bacteria and mould.

Detection – A mould testing kit is a key product that SAN-AIR provides that is essential for detection. The DIY Mould and Bacteria Test Kit – For Toxic Mould

is crucial for combatting toxic mould in your home or business. This mould testing kid can provide information within five days on airborne, surface or water mould presence. It features timely test results, two tests per dip slide (each kit has two dip slides) and will tell you where the really bad spots are. A chart is provided so you can check whether your mould level is low, medium or high.

Cleaning – Clean your surfaces with SAN-AIR Surface Mould Remover to

immediately remove dust and dirt which in the right conditions will enable mould and bacteria to grow. After cleaning leave a fine mist behind on the surface to ensure an ongoing impact. This product can be used on any surface including walls, ceiling, refrigerators, floors, couches and kitchen surfaces.  One bottle can treat a five-metre by five-metre area.

he air, neutralising all mould and bacteria it comes into contact with. SAN-AIR stops mould from reproducing and neutralises the mould that has entered your indoor space.  Simply place a jar of SAN-AIR Mould Gone in the rooms where you feel most affected by mould.  Alternatively, if you have an air-conditioner, use the SAN-AIR Mould Gone product, simply open and place inside the return air vent and run your air conditioner for a few hours and you’ll notice the difference

(remember to keep the doors and windows closed while you circulate the air.

We have many case studies.

One case where SAN-AIR was able to assist was for a client with recurring respiratory infections and asthma. Utilising SAN-AIR products including a mould testing kid and mould was found to be present. SAN-AIR was able to help by relieving the respiratory issues, reducing the likelihood of spreading infections between family members in the home and decreasing the time spent o work due to infection issues.

Another case, this time in an office environment, was when the Facility Manager requested the SAN-AIR products and utilised a mould testing kit to detect mould because of recurring sick team members. The test revealed that there was potential Aspergillus mould contamination, and this is known for causing respiratory infections hence the office staff becoming sick and passing it to the next person. SAN-AIR was able to reduce the presence of mould through the use of the products and the likelihood of team members getting sick was reduced!

A review on the SAN-AIR Test Kits states ‘the mould test kit is a great product. It works exactly as the website says it does. I had a question, so I sent an email with my query. Daniel called me straight back and was very happy to help. After feeling quite stressed about my health due to suspicions of poor indoor air quality, now feel con dent that there are steps I can take to resolve and reliable products to use. Thank you’.

A review on the SAN-AIR Mould Gone Gel states “Stops Sneezing, got musky smell under control …with-in a day they were happy and no sneezing!”.

SAN-AIR is reliable, natural and effective.  The only product to use to win the war against mould!
Previous Rainy days the perfect start to your mould outbreak Next Remediate vs Demolition

0 Comments for “San-Air for Clean Air!”