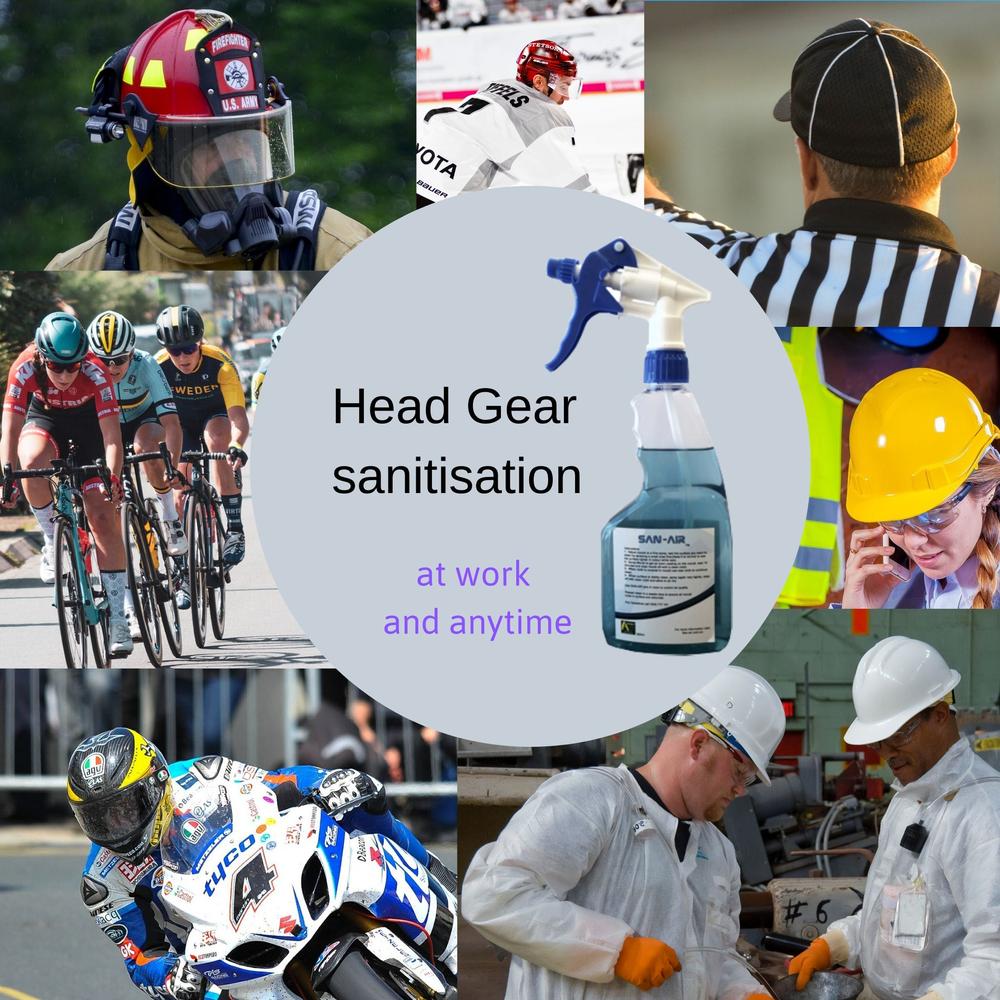 Mould and Bacteria will grow in any environment that is suitable.  A dark moist space is sufficient to germinate dormant spores that are invisible to the human eye.

Helmets and hats are used for a myriad of reasons from protecting us from the sun, through to being safety devices for people in hazardous situations.

When thinking of headgear this broadly covers:

How do mould and bacteria get into your headgear?

In recent times the Fallout 1:1 Power Armor Nuka Cola Helmets were recalled due to mould infestation.

How do you keep your headgear free of mould and bacteria?

It is a simple task using the SAN-AIR Surface Mould Remover.  Simply spray a fine mist inside and outside and let air dry. This will neutralise any active mould and bacteria and their spores.

From time to time, vacuum inside and out of your headgear to remove spores and dead mould.

Get your headgear sanitiser today.

Previous How to Test, Clean and Maintain your home free of mould Next BUSHFIRE SMOKE AND MOULD

0 Comments for “Protect your headgear from mould and bacteria”