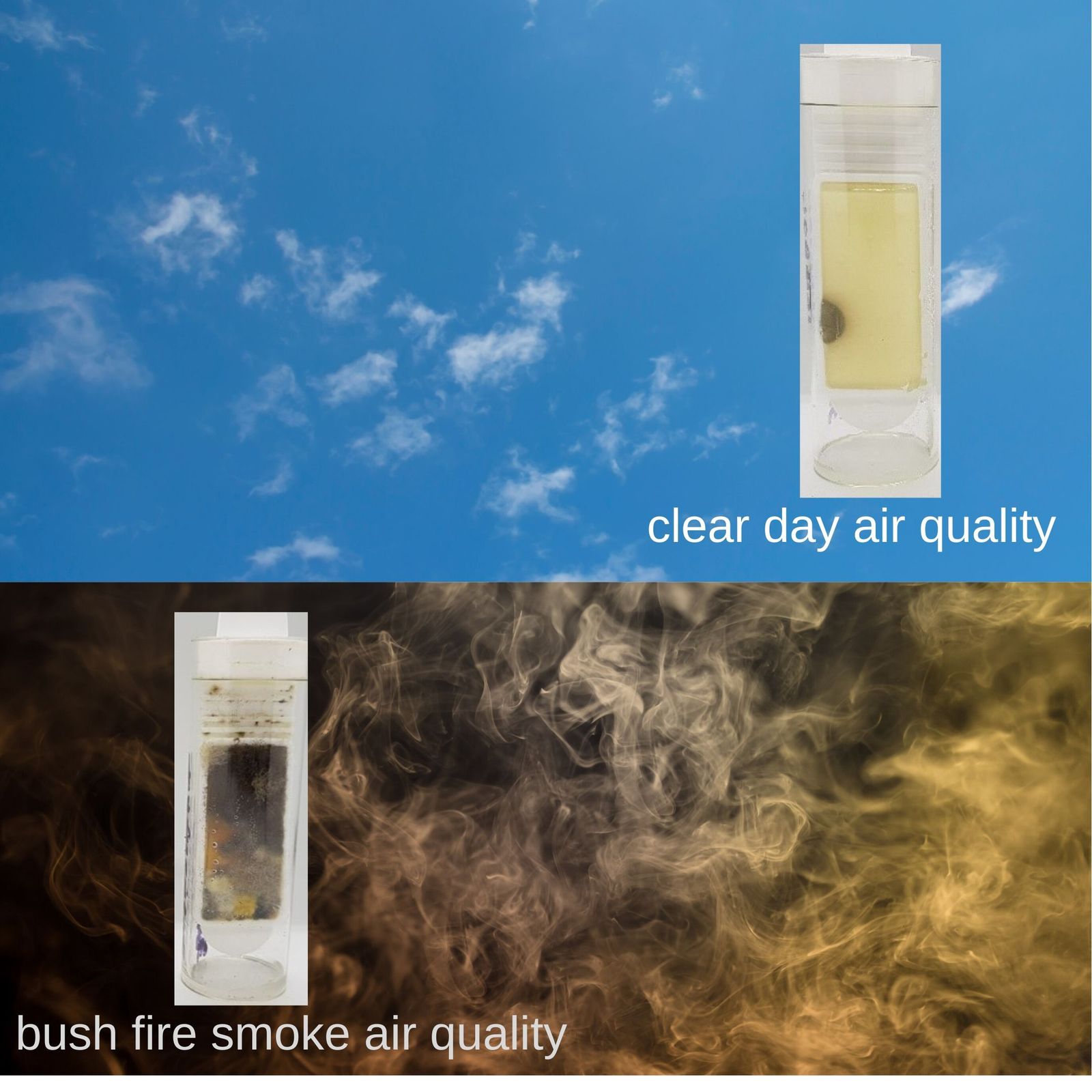 Australia is experiencing a bushfire season of unprecedented magnitude. We have heard many claims about the dangers of smoke inhalation (right or wrong), like “one hour of breathing this smoke is like smoking 14 packets of cigarettes a day” or “the PM index is off the charts, it is too dangerous to breathe outdoor air today”.

At the simplest level, smoke is defined as the incomplete combustion of organic matter. It contains ash and an array of chemical toxins. In addition to carbon monoxide, carbon dioxide, hydrocarbons and nitrogen oxides, the actual composition of the gaseous substance is dependent on what type of vegetation is burning. Altogether these gases reduce an exposed person’s oxygen supply and are similar to the chemical entities emitted from a car’s exhaust system, let alone 14 packets of cigarettes a day.

However, there is one danger that is rarely spoken about …

Mould needs particulate matter to travel, whether this is a vegetable particle, a soil particle, a fibre from clothing and yes … ash from a bushfire. The photos below are of two test slides revealing air quality in Sydney.

There are limited studies about mould in bushfire smoke, but two examples are:

Smoke particles are less than one micron in size, considerably smaller than PM2.5 (2.5 microns) or PM10 (10 microns), which are used as danger level guidelines for respirable dust. The resulting effect is that smoke particles will settle in surfaces everywhere: in clothes, cars, homes or office spaces. Given a moisture or humidity change, all the mould that came in on the smoke particles will germinate and wreak havoc on surfaces as well as the air that you breathe. Mould has been directly linked to many serious health conditions.

During the Sydney 2019 summer, it was reported that “Sydney disappeared behind a thick layer of bushfire smoke that blanketed the city and pushed air quality 11 times higher than considered “hazardous”…”.   The Australian government makes the AQI easily available to all, this is the link to the Sydney AQI.

WHAT CAN YOU DO?

Our advice is don’t wait!

Daniel Massaioli is a UNSW graduate in Pure and Applied Chemistry. A lifelong path dealing with air purity,  mould has seen him develop expertise in the field of mould prevention, control and remediation. He has written many professional articles on mould prevention. He has invented a range of products with unique natural actives which are being sold internationally to combat and prevent mould in indoor air applications.

Previous Protect your headgear from mould and bacteria Next How to Test, Clean and Maintain your home free of mould

0 Comments for “BUSHFIRE SMOKE AND MOULD”