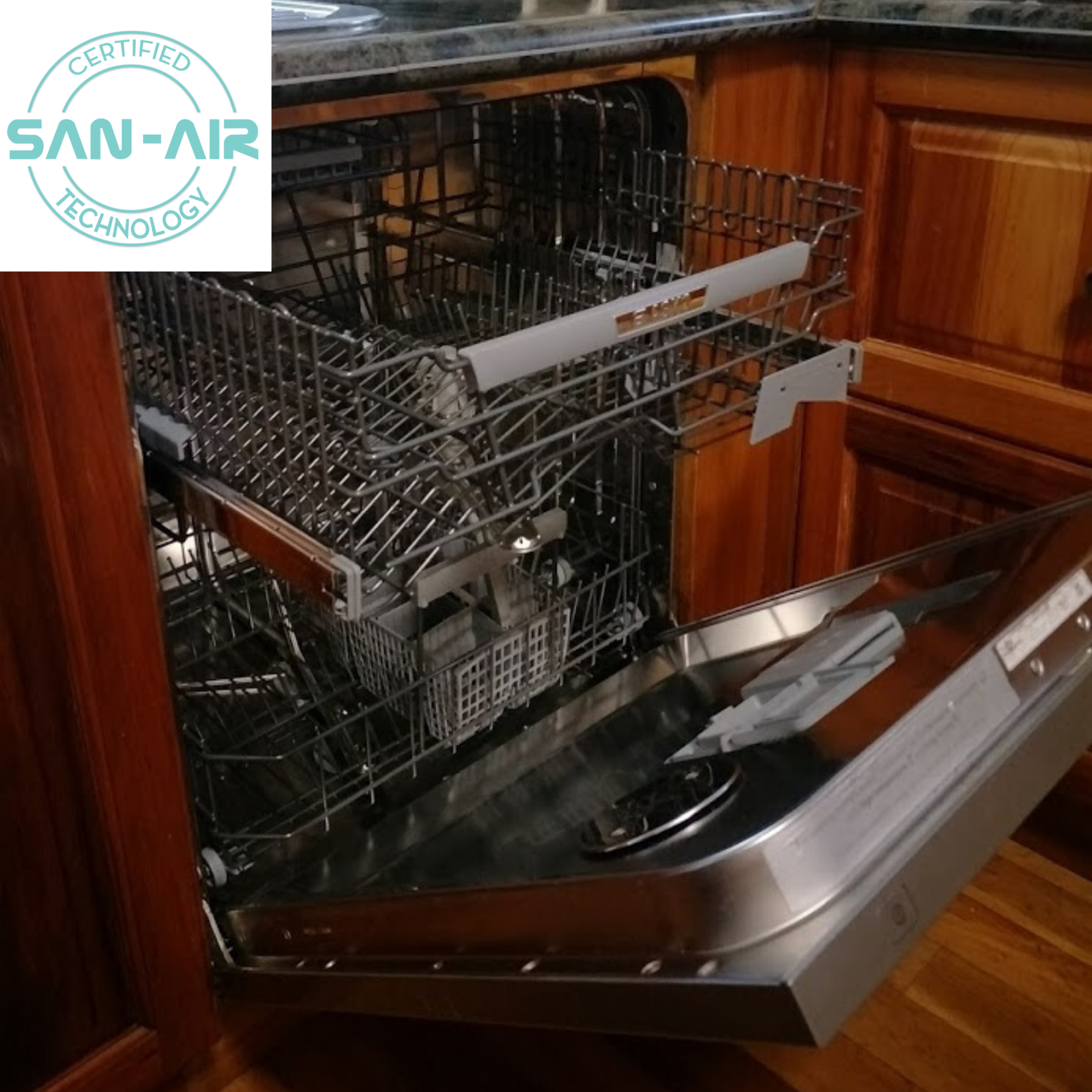 What happens when baking soda (sodium bicarbonate) and vinegar (acetic acid) is mixed?

Mixing these two ingredients will get you a reaction, and in the right amounts and containers, the mixture can even be explosive!  If you’ve ever made a homemade volcano as a science experiment, then you know firsthand what happens when baking soda and vinegar react!

Baking soda and vinegar react chemically because one is a base and the other is an acid. Baking soda is a basic compound called sodium bicarbonate. Vinegar is a diluted solution that contains acetic acid.

The baking soda and vinegar reaction is comprised of two separate reactions.

So, after the two steps, depending on the amount of vinegar and sodium bicarbonate you use you will either have

When it comes to cleaning ……

If you are told to do a rinse with baking soda, you are using an alkaline solution (in above table) to take any grease off the surfaces and most likely it will also etch part of the protective metal, giving the impression of a shine.   Again, the corrosion process is advanced.

End Result = your washing machine is slowly being damaged with corrosion with the resulting etched surface collecting dirt even faster.

How can you tell if the cleaning products you are using are acidic or alkaline?

There are a few ways such as: